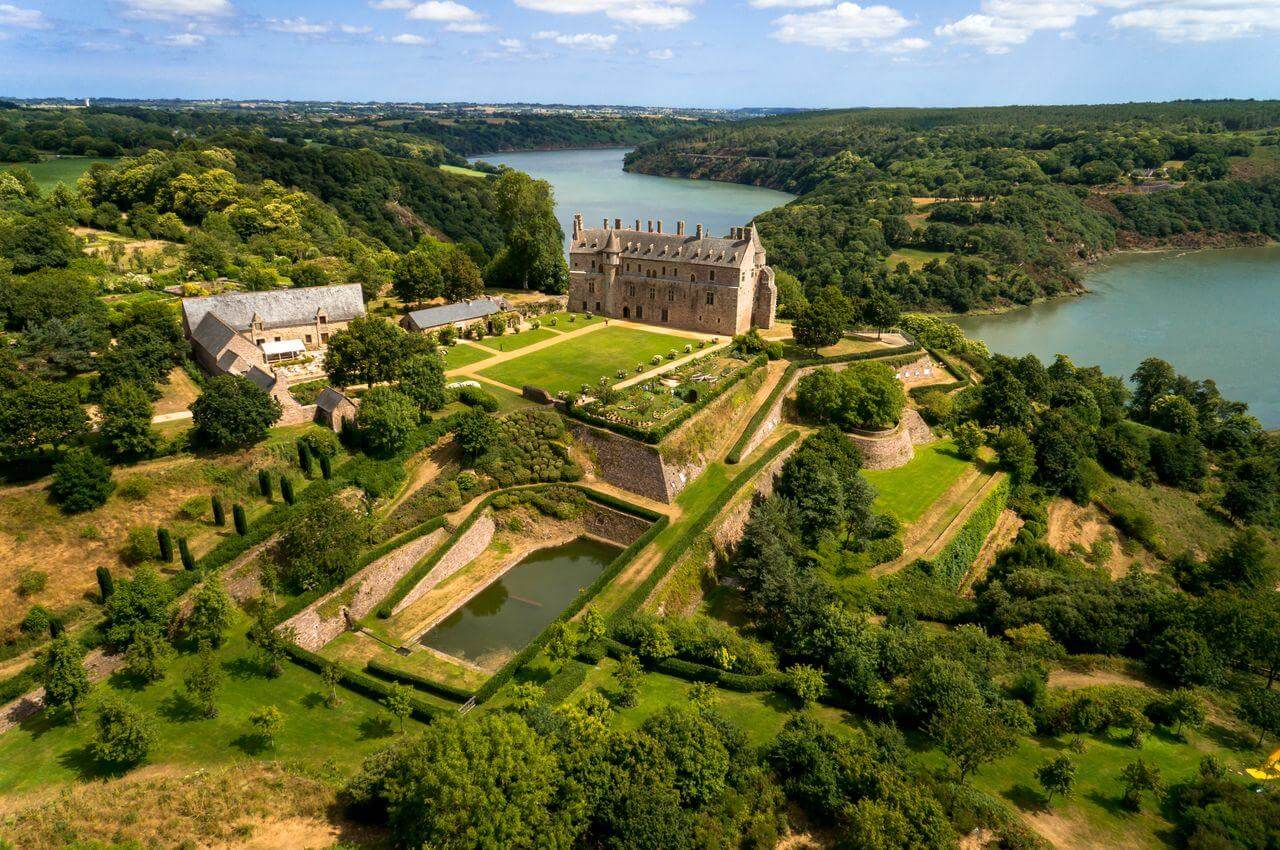 Freshwater and saltwater: the diversity and beauty of an estuary

The Trieux estuary offers an astonishing landscape to discover as you glide along the water, including Ile de Bréhat, Loguivy-de-la-mer, the forest of Penhoat-Lancerf and Pontrieux, a ‘little town of character’.

From the mouth of the River Trieux with its maritime setting, you can follow the steep banks to see cliffs, pine forests, moors and large coves that welcome migrating birds, and perhaps see the occasional fox or boar.

For around 18km from Pontrieux to Lanmodez, the Trieux estuary winds its way through a wild, wooded valley. The woodland of Penhoat takes up most of the right bank for several kilometres. In the middle of this woodland you’ll find the Manor of Traou-Nez, famous in France as the former home of Councillor Pierre Quéméneur who went missing in 1923.

On the right bank of the river, you can discover a series of large basins where linen was once treated, traces of the area’s wealthy past and now restored by the local council.

Also on the right bank, you’ll see the Château de la Roche Jagu, one of the most beautiful jewels of Breton heritage.

At low tide, huge mudflats emerge, dotted with rocky islands that are much appreciated by the birds of the estuary. In Viking times, a dozen fortresses protected this Aber, which tells you that it’s a place of treasure.

All travellers who come here are surprised by the little-known treasures of this area, one of Brittany’s most beautiful estuaries.

Le Trieux by foot, by steam train or by boat.

From the Pont de Lézardrieux to Loguivy-de-la-mer, there’s a trail leading along the right bank of the River Trieux, including the marvellous viewpoint of La Roche aux Oiseaux.

The final stop will be the port de Loguivy where you might learn a thing or two about fishing.

Unique in Bretagne, the Trieux Locomotive carries you along France’s most romantic railway. Trace the lines of the estuary aboard this steam train and relive the charms of yesteryear.

You can also take a boat from Pontrieux or Lézardrieux (classed as a NATURA 2000 sailing area), and this mode of transport will carry you along with the rhythm of the water to discover the locks, bridges, maritime forest, lighthouses, fishing port and the château perched on high. Oyster-tasting sessions are also organised on board.

Located 4km from Pontrieux in the Trégor countryside, this 15th century château boasts 56 hectares of diversely-coloured vegetation above the banks of the River Trieux. The terraced gardens leading to the river are arranged around a fortified medieval manor, an oriental garden and monastery garden. Here, nature, heritage and creativity combine to present a truly original setting, and an unmissable place to visit in Brittany and the Côtes d’Armor.

Around the Château de la Roche Jagu, terraces, rose beds, fountains, romantic pergolas, palms and old-fashioned orchards invite you to lose yourself in a landscape inspired by medieval imagination. It’s a garden of delights that showcases dreams and pleasures, officially recognised as a ‘Remarkable Garden’ for many years and, since 2005, an Eco-Garden. A moment of pure happiness. During the summer, Gwen opens up the restaurant ‘Le petit Jagu du château’ to offer visitors a true taste of Brittany on a plate, with delicious vegetarian dishes.