The authenticity of an old Cider house, between the coast and the country

Up to 10 guests
5 guest house
WiFi
Previous
Next

The spirit of the place

Dating back to the 1600s, this former cider house is located in southwest Brittany, between Quimper and Bénodet. Just nearby, you’ll find a fabulous sandy beach and the charming little port of Sainte Marine with plenty of good restaurants.

La Ferme de Kerscuntec offers 5 guest rooms to choose from, each decorated with an understated elegance, and each named after a nearby island: Glénan, Groix Ouessant, Belle Ile and Molène. You can also enjoy the library, complete with club chairs and a refined yet relaxed atmosphere that is exactly what you’d hope for from French country living.

Anne thoroughly enjoys concocting breakfasts that focus on local produce, including homemade treats, such as the homemade preserves made using fruit from her own orchard. Beyond the windows of the breakfast room, the garden beckons you to linger a while on the sunloungers and while away the hours among the traditional hydrangea bushes…

This is an ideal starting base for heading out to discover the various iconic views of Finistère, including the crashing waves of La Pointe du Raz, the fishing boats returning to Le Guilvinec, the historic cathedral city of Quimper, the surf spot of La Torche, the medieval cobbled streets of Locronan, the galleries of artistic Pont-Aven, the walled town of Concarneau, the Breton Tahiti that is the Glénan Archipelago and, closer to home, the adorable fishing port of Sainte Marine.

● Fall in love with the Molène Room that has its own private little garden● The nearest beach is in walking distance● Unwind in the garden: stretch out on a sunlounger, framed by Breton hydrangeas

Tips and secret places of the owners

● The beautiful sandy beach of Kermor, just 1400m away via a bridle path● Picturesque Sainte Marine Port with its lovely restaurants, crêperies and bars● Le Guilvinec, where you can see the fishing boats return with their daily haul – especially the delicious langoustines● Glénan Archipelago, Brittany's own Tahiti, 1 hour away by boat 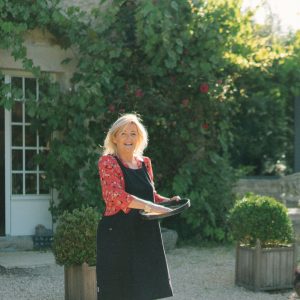